A 25 year old French woman has gone missing in Kyrgyzstan, last seen in Bishkek one week ago.

A traveler from France, 25-year-old Florentine, went missing in Bishkek. The message was posted in social media.

According to friends, she did not get in touch for a week, and her mobile phone is turned off. 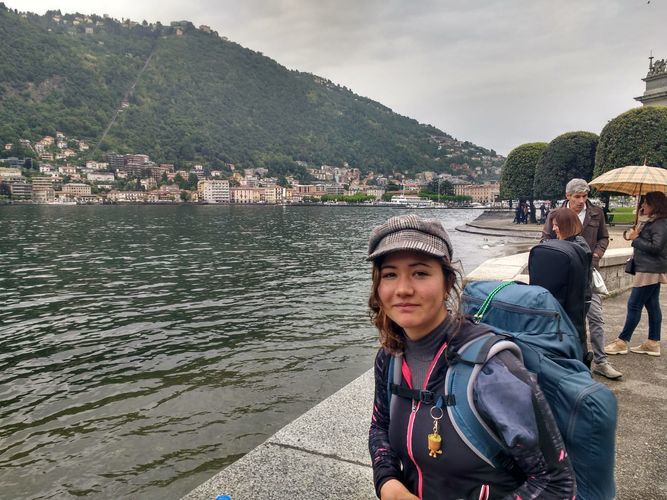 «She came from Osh to Bishkek on October 9 and planned a trip to the mountains. She was seen last time on October 9 at around 8 p.m.-10 p.m. near English Zone on Isanov Street,» the message says.

Special physical characteristics: she is about 160 centimeters tall, has a bird tattoo under the right ear and a Chinese symbol on the back of the neck.

Re: French woman missing in Kyrgyzstan

If you are a female solo hitch hiker (or anybody else for that matter), you should probably have at least one person know where you are going, and give an update and not go dark on communications for 10 days...
2 x
Top

Re: French woman missing in Kyrgyzstan

If Google or a random forum search sends any potential solo female hitch hikers to this thread... We get it. You are fearless and following in the foot steps of many others who have done it. However, the risk you put yourself at is rather high. Last year a French woman I met (petite and 20-ish years old) who was hitch hiking solo around Central Asia. She actually believed that a man/rapist in Osh was going to drive her for free to Bishkek overnight (with no other passengers, a massive red flag). She was rescued in Jalalabad by two Kyrgyz women after he drove off the main road and tried to take her, shaking and barely able to talk, into some trash hotel. The Kyrgyz women recognized a very unwilling woman and grabbed her. Also, know this: you don't hear about the rapes of tourists. Why not? Because few report them, and those that do don't make it into the news. Consular officers know about the ones who seek assistance from their embassy, but the others... And the embassy respects the privacy of victims, so they don't publicize it, aside from saying in their travel warning that rapes have happened.

If hitch hiking, only get in a car with other women or children. If they get out, so do you. I know you have probably had rides from very pleasant gentlemen, but that luck may run out.
3 x
Top
Post Reply
3 posts • Page 1 of 1